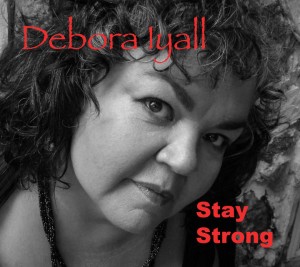 When Romeo Void hit the music scene, new wave fans were captivated by the distinct and forceful voice of lead singer Debora Iyall. Although the band did not stay together for very long, a new craving for their music came from an appearance on VH-1‘s “Reuniting the Bands” television show. Iyall continues to be an in-demand talent in California for live performances and has recently released her latest album, Stay Strong, a collaboration with longtime songwriting partner Peter Dunne. 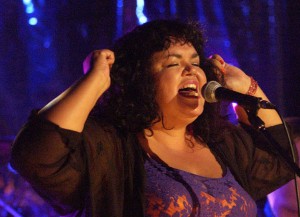 Far a large portion of Stay Strong, Debora Iyall trades her attitude-driven punk sound for a more gentle tone, but reminds her followers from the Romeo Void days that she can still belt out a track flawlessly with haunting emotion-invoking vocals.

Iyall’s new album spans musical styles, ranging from the alt-pop sound of “Bring It,” to the powerful ballad “99” and then to a sweet serenade like “Creative Engine.” With the title track, â€œStay Strong,â€ Iyall takes on the more modern acoustic-alternative genre like she invented it while offering an inspirational lyrical message, as Dunneâ€™s masterful guitar offering a â€œlive at the local playhouseâ€ atmosphere to what is really a studio-recorded track. The aforementioned “99” displays a softer dimension to Iyallâ€™s more edgy vocal style she earned fame for with Romeo Void. â€œTell Me Whyâ€ mixes an alt-country guitar effect by Dunne with the tempo and singing style of a 1960s-era movie classic track from Debora. 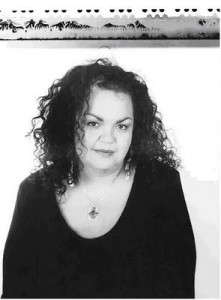 Throughout Stay Strong, the song lyrics are quite empathetic to the more somber side of the listener. “One Saturday Night” chronicles a woman’s sadness at and acceptance of loss “One Saturday night I wished I’d never seen/The vision I thought was just ahead/Vanish in the wind.” Dunne’s vast musical talents add another dimension of heartfelt soul to the words, especially in the more lounge jazz-styled “Fine Black Dust,” where his guitar and soft percussion arrangement produces an eerie dreamy effect to the track.

Unlike many new albums released by classic alternative artists featured on Revenge of the 80s, there is very little hint or influence of her earlier performance style in Stay Strong. Instead, the approach in this offering would seem to be the foundation for Debora’s new sound and a springboard to her future musical endeavors. It is an intriguing modern alternative album and an excellent addition to the Revenge of the 80s playlist as well as music fans’ CD collections.