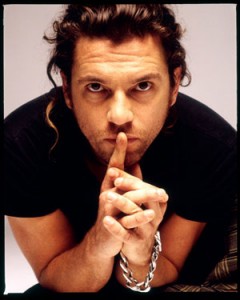 The same fans of the late Michael Hutchence who wanted to give the legendary INXS frontman a number one hit on his 50th birthday and a star on Hollywood’s Walk of Fame are organizing an effort to get music media outlets in the US, UK and Australia to offer tributes on the 13th anniversary of his death on November 22nd.

The campaign is spearheaded by Jim Guest, who was a leader in the previous crusades. In a message on Facebook, Guest wrote that he believed Hutchence’s 50th birthday did not get proper attention from the entertainment media and is imploeing people to write and inquire to such outlets abuot honoring the Austrailian singer on November 22nd to commemorate his death.

While I generally support the idea, the fact is that Hutchence took his own life. Although he died young, he did not fall to a disease nor was murdered. Generally, those deaths are commemorated by the media. Suicides, aside from that of Elvis, are generally not acknowledged. Perhaps that is because publicizing the killing of oneself has been frowned upon generally in the mainstream media. As for the U.S., there have been two very recent publicized cases of young people taking their own lives as well. While those who are familiar with my past work know that I am absolutely the opposite of what one would call “Politically Correct,” I would believe it to be less appropriate to commemorate one’s suicide (especially on an anniversary that is not the 10th, 20th or 50th) than to have celebrated that person’s life on his birthday.

I agree with Guest that Hutchence deserved better on his 50th birthday, but celebrating a suicide is not the proper way to recognize his great contriutions to music.