Men without Hats, Trans-X to release new albums in May 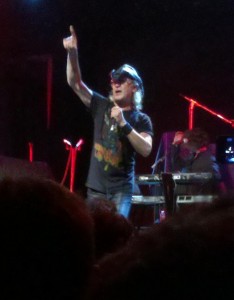 Canadian new wavers Men Without Hats and Trans-X are set to release new albums in May.

Love in the Age of War will be Men Without Hatsâ€™ first album of new music since 2003â€™s No Hats Beyond This Point and comes on the heels of the bandâ€™s release of its new version of â€œPop Goes the World.â€Â  In 2011, lead singer Ivan Doroschuk jump-started his comeback with his first U.S. tour in over 20 years before heading into the studio to record, during which he previewed some of the music appearing on Love: Â â€œIt has just been a blast, itâ€™s translating a lot into what we are doing.â€ Doroscuk said of the live shows and creating the new works during a September 2011 interview on Revenge of the 80s Radio. 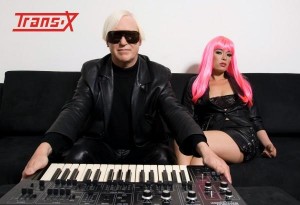 Coincidentally, Doroschuckâ€™s former schoolmate and fellow Montreal native Pascal Languirand also announced an official release date for a new Trans-X album, High-NRG. In addition to longtime fans of the band and their 1983Â international hit, “Living On VIdeo,”Â Languirand hasÂ enjoyed a continually increasingÂ fan baseÂ at his live showsÂ on the U.S. west coast and Mexico in recent years after a short hiatus from teh music industry. In an interview to be aired on an upcoming Revenge of the 80s Radio show, Languirand says the tracks on Hi-NRG are mainly recordings from the past that he re-worked for the CD: â€œI just collected the best tracks in all my career that I didnâ€™t like the original production too much, so I decided to refresh everythingâ€¦ most of these tracks I composed in 1987 and I brought them with a new life, a new structure and a new sound â€œ

Trans-Xâ€™s Hi-NRG will be available on May 21, according to Languirand; Men Without Hatsâ€™ Love in the Age of War is set to go public on May 22.