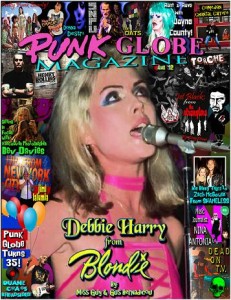 In the center of the San Francisco punk scene of the late 70s was Ginger Coyote, who wanted to shine a spotlight on some of the great underground acts of the time. In the summer of 1977, she compiled a gossip column, features and an interview with the band Crime, printed it and made several Xerox copies to give away. Punk Globe magazine was then officially born and is now celebrating its 35th anniversary.

Coyote is celebrating the milestone with a special 35th birthday issue, where she writes about how and why she started the magazine:

â€œI had just started freshman year at The Fab Mab.. It was our rock n roll high school!! I loved Rock Scene Magazine and thought that San Francisco needed something similar.. I also had seen Zig Zag and Sniffin’ Glue.. So I decided to at least try to do Punk Globe.â€ 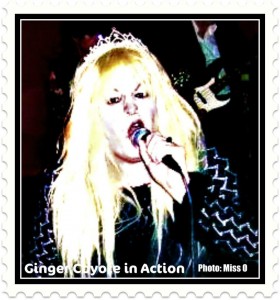 The concept of Punk Globe was different from that of other music publications at the time, not simply due to the genre. Coyote wanted to get the fans more involved; she explained this in a March 2012 interview on Revenge of the 80s Radio:

â€œThere was a need and I decided to fulfill itâ€¦ using people from the audience more so to make it more of a group thing, not just have the bands be the stars, but also feature the people that go to the shows.â€

Read the rest of this story on our Examiner.com page…