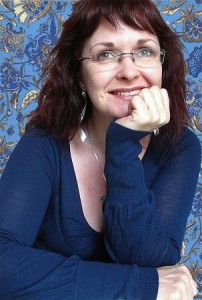 The podcast/syndication edit for our 7/5 Revenge of the 80s Radio show is up and available at the bottom of this post. This week, we have an exclusive interview with Jill Bryson. Jill is best known to music fans for being half of Strawberry Switchblade (with Rose McDowall). The two formed Strawberry Switchblade after seeing a Ramones concert. Jill left the music business after SS broke up and is now a widely respected artist. Now, she is back in the studio, recording music with her daughter. 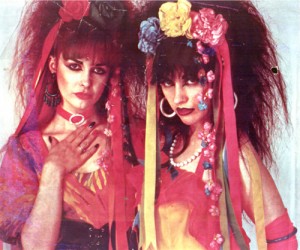 During our conversation, Jill talks about her studies at the Glasgow School of Art, how she and Rose McDowall teamed up, the lightning success of Strawberry Switchblade, her bout with agoraphobia, her post-Switchblade art career, why she left the music industry and a new album in the works with her daughter.Our conversation leads off hour 2 of our program.

We play one of Jill’s new tracks she recorded with her daughter, Jesse Frost, and producer Craig Hood: “Change Your Mind.” Jill and Jesse are recording a new album as The Shapists. You can purchase and download a copy of “Change Your Mind” here.

We will also play classics from Tuxedomoon, Wall of Voodoo, Mental As Anything, ABC, Stiff Little Fingers, Hazel O’Connor, Voice of the Beehive and more.