This Friday, Revenge of the 80s Radio welcomes Stan Ridgway, who many know as the former original lead singer of the band Wall of Voodoo. After he left the group in 1983, Stan began his solo career and hasn’t stopped, working on his own material and collaborating with other musicians including his wife, Pietra Wexstun. with her group – Hecate’s Angels. 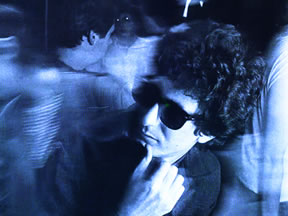 Stan’s unique songwriting style might have best been summed up in a quote from Rolling Stone Magazine:

His songs tell stories that unfold gradually and trade in old fashioned narrative devices like character and suspense. It’s a move at once conservative and daring – but, best of all, it works

During the interview, we talk about:

Stan Ridgway is the epitome of the great American storyteller, with a musical style that channels the greatest aspects of the traditional and experimental to produce an unmatchable creativity while he leads listeners of his songs on a journey into the far reaches of his mind.

Still, as his creative genius keeps evolving, Stan Ridgway will always be known best for the Wall of Voodoo classic, “Mexican Radio.”

Revenge of the 80s Radio broadcasts live every Friday night 7-9pm Eastern US time (GMT-4) Our interview with Stan Ridgway will air this Friday night, April 25th, leading off the second hour. Out podcast of te show will be up over the weekend.