Revenge of the 80s Radio is counting down the Top 50 Classic Alternative Cover Songs. The explanation and criteria can be found here. Here are #s 41-45:

Toni Basil was best known for her his track “Mickey” and has long been labeled a “One-Hit Wonder.” She did, however, chart with “Over My Head” and “Shopping A to Z” and has been an extremely successful choreographer. Her cover of Love‘s “Little Red Book” makes our list because the song and video intertwine Basil’s singing talent, choreographic work and ballet dance skills on a cute, low-budget jungle setting complete with cannibals, singing biology class skeletons and a gorilla. Basil’s powerful voice commands the same attention the unique, soulful original by Burt Bacharach did when Love hit with it in 1967. Basil is still choreographing and continues to win awards for her stellar arrangements. 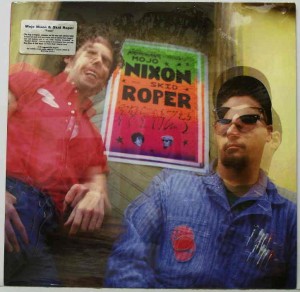 Mojo Nixon and Skid Roper (the world’s greatest washboard player) were the first to mix Psychobilly with Classic Americana and, while more of a comic music team, their worked was as insightful as it was catchy and fun (is that not what Rock was all about in the first place?). They changed some of the words in their cover of Alice Cooper‘s “Be My Lover” (“…and I play guitar in a psychotic rock and roll duo,” etc.) and made their own classic out of it. Mojo and Skid split up after putting out Root Hog or Die. Nixon went solo, retired, unretired and can be heard on his Sirius Satellite Radio show. Roper led some of his own Cajun music projects and recently released his new album Rock and Roll Part 3. 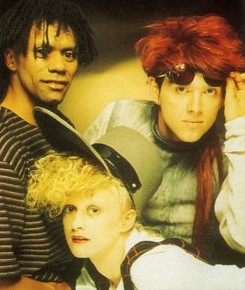 The Thompson Twins were fans of The Beatles and scored a hit with this cover of their good-time response song to the political activity of the 1960s. The Twins also referenced the Beatles in their song “King For a Day” on the same album, Here’s to Future Days, repeating the phrase “Love is all you need” in the bridge. The performance video received a lot of play on MTV as they trio add a slight new wave spin while paying the proper homage to the Beatles’ sound as Alanah Currie showcases her percussion prowess.. Joe Leeway left the band and the Thompson Twins became two until Tom Bailey and Currie went their separate ways in 2003.

Smokey and Ska: a combination that only the English Beat could put together. Purists might have been taken aback at the time, yet the distinct vocal combination of Dave Wakeling and Ranking Roger seamlessly transitioned a melancholy Motown classic into a fun, danceable track without losing the feeling Robinson intended when he performed the original. Though this was a minor note in the English Beat story, it was one of the most unique genre-crossing covers in the classic alternative era. The two also reunited to do an excellent cover version of The Staple Singers‘ “I’ll Take You There” in 1995. Wakeling is constantly touring in the US these days, as Roger is doing the same in the UK. 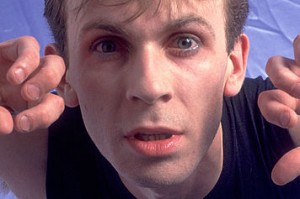 One of two cover songs on this list that mix two past hits together, Julian Cope rebuilt the mellow Vogues tune into a reflection of the faster-paced work world of the 80s. Many of us can relate to Cope’s updated lyrics like “Five cups of coffee just to be myself, when I’d rather be somebody else.” He borrows Petula Clark‘s 1965 hit “I Know a Place” for a dramatic bridge. Still, Cope’s remake of this track might have been even more memorable had he yodeled at the end like in the Vogies’ original. Cope still performs in the UK, but visa problems kept him from touring the U.S. in 2005.