Revenge of the 80s Radio is counting down the Top 50 Classic Alternative Cover Songs. The explanation and criteria can be found here. Here are #s 36-40: 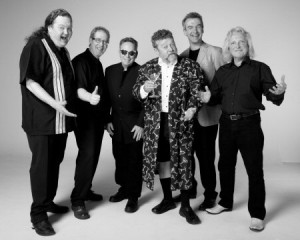 While originally done by B. J. Thomas, Doug and the Slugs‘ cover track resembled the style of 70s one-hit wonder Blue Swede, complete with the “Ooga-Chaka” backing vocals hook that took the song away from the easy-listening rack and into pop/rock history.

The Canadian band added their own blues-jazz hybrid style to the song in the early 90s after a decade of great music in the 80s, where the late Doug Bennett and crew produced several alt-pop classics including “Too Bad,” “Real Enough,” “Makin’ It Work” and “Tomcat Prowl.” Some who might not be familiar with Doug and the Slugs migth want to begin with their compilation album Slugology 101. 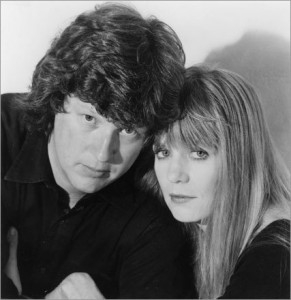 The Talking Heads‘ married couple, Chris Frantz and Tina Weymouth, embarked on their own project in the 80s aside from the legendary alt-rock band and scored some cult hits with “The Man With the 4-Way Hips,” “Wordy Rappinghood” and the very popular “Genius of Love.” Weymouth’s soft voice leads the band’s remake of the Motown classic “Under the Boardwalk,” which also features her on bass. Frantz and Weymouth added a more festive sound with the addition of the steel drums, which later swayed (in the 12-inch single) toward more of a poppy keyboard dance track. The cut its 12-inch version received a large amount of college airplay. The Tom Tom Club has been on tour this year to promote its latest album, Genius of Love, which features classic tracks and previously unreleased music.

38. “People Are Strange” – Echo and the Bunnymen

After years as stars withing the classic alternative genre, Echo and the Bunnymen were re-introduced to the masses with this cover of the Doors’ classic on the soundtrack for “The Lost Boys.” Ian McCulloch and the band have always had a 60s psychedelic element to their sound and have been known to cover songs from that era almost like they belonged in that time. Although there is a shorter version of the song heard in the movie, the full trakc highlighted an eclectic soundtrack that included “Good Times” by Jimmy Barnes and INXS and “Ain’t Got No Home” by Clarence “Frogman” Henry. Earlier this year, the band announced that they will embark on a world tour starting in December.

Another cover song that gained notoriety thanks to its appearance in a popular movie soundtrack (Rain Man), “Iko Iko” propelled the Belle Stars to major mainstream radio airplay and became a big dance hit for the all-girl alt-rockers. Their cover of the song, originally written by New Orleans musician James Crawford, was actually of the 1965 hit by the Dixie Cups — a somewhat different tune that led to a legal battle and subsequent settlement with Crawford. The shimmering low tones of Jennie Matthias’ vocals, heavy percussion and extra guitar twang made this cover of “Iko Iko” stand out amongst the bevy of other remakes from the likes of Dr. John, Cyndi Lauper, The Grateful Dead, Warren Zevon and several other greats.

If Dave Wakeling is the King of Ska, the title of “Queen” could arguable go to Anne-Marie Ruddock of Amazulu. Her energetic stage personality defined the band and captured audiences throughout the UK whether it was live, on TB specials or the band’s guest appearance on The Young Ones. While Amazulu scored several hits in Britain including “Excitable,” “Cairo” and “Too Good to be Forgotten,” their cover of Bobby Bloom‘s “Montego Bay” was their only single to crack the US chart (#90, Billboard Hot 100, 1986). Some of their other tracks became dance club favorites internationally as well. Amazulu also did excellent work with their ska-laced covers of “Mony Mony” and “Don’t You Just Know It.