Revenge of the 80s Radio is counting down the Top 50 Classic Alternative Cover Songs. The explanation and criteria can be found here. Here are #s 36-40:

A long time before Charlie Sheen starred in two hit comedy TV series, he was best known for his role in the movie Major League as Rick “The Wild Thing” Vaughn. In the movie (and its sequel), this track would play as Vaughn stepped to the mound.
Interestingly, instead of the producers using the original Troggs version, they took this one from X, which featured Exene Cervenka on lead vocals. Throughout their existence, X has covered several early rock and mid-60s folk tracks with their unique LA-punk-laced sound. Among the most notable are Jerry Lee Lewis‘ “Breathless” and Bob Dylan‘s “Highway 61 Revisited.” While they still play together, each member has had success on their own: With his solo projects, John Doe produces interesting Americana bands, advises young artists on his website and has been on the big screen. Cervenka’s art exhibits have been shown across the United States (she is currently battling M.S.), Billy Zoom and D. J. Bonebrake have been working over the years on their own music as well as with other great musicians. This standout cover brought a bit of the X sound to the ears of mainstream movie-goers, many of whom were singing to this when real Major League Baseball pitcher Mitch Williams would close games and earn the nickname “Wild Thing” (even going as far as wearing Vaighn’s uniform number “99” with the Philadelphia Phillies) until he fell from grace after blowing the 1993 world series for the City of Brotherly Love with a walk and a home run ball to Joe Carter of the Toronto Blue Jays.

The Red Rockers were best known for the song “China,” yest their 1984 performance of the P. F. Sloan-penned song was vastly under-rated. The band combined a new wave style with their members’ punk roots to form what might would have been known in later years as a form of progressive rock. The Red Rockers gave the protest folk tune a more edgy electric guitar-based sound while keeping it relevant during the last stages of the Cold War. The band broke up in 1985. While most of the former Red Rockers are working with other music projects, Darren Hill runs his own talent company, Ten Pin Management. ,

Rik Mayall, Adrian Edmonson, Nigel Planer and Peter Richardson of The Comic Strip Presents, taped a mockumentary of their fictional band Bad News, which became a huge hit in the U.K. and had a cult following in the U.S. The special presentation followed the antics of Vim Fuego, Den Dennis, Colin Grigson and Spider Webb as they drank, cursed, rowed and occasionally played their instruments — all with the help of Queen’s Brian May, who also produced Bad News’ self-titled CD, which featured some bits from the group as well as some tracks, which included this cover of “Bohemian Rhapsody.” The guys looked like they had a lot of fun recording the track and taping the video, while May’s participation added legitimacy to the otherwise-butchered version of the Queen classic. 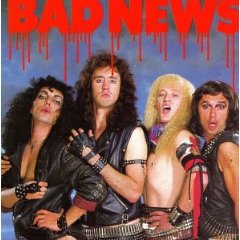 Incidentally, because of creative differences, Richardson did not participate in The Young Ones with Mayall, Edmonson and Planer. These days, Mayal, Planer and Richardson are still doing masterful comedy while Edmonson, who apparently loved being “Vin Fuego,” now fronts his own rock band, which tours throughout the U.K.

New Wave dance club songbird Louise Robey (known at the time simply as “Robey”) scored a Top 5 Dance Chart hit with her cover of “One Night In Bangkok” by former Abba members BjÃ¶rn Ulvaeus and Benny Andersson for the play “Chess.” While the version performed by Actor Murray Head, who portrayed the character that sang the song in the play, Robey added a stylish, yet demure sexiness to the song as the two tracks were released around the same time (her work in the video turned that up another notch as well). Robey tells the story of her recording the cut and the subsequent promotional battle between hers and Head’s versions in an interview on Revenge of the 80s from 2009. 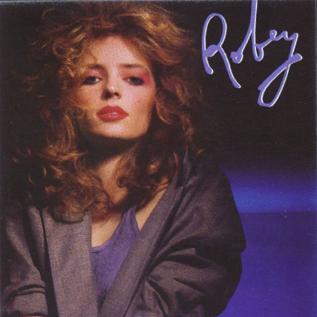 Robey later became a sci-fi icon as “Micki Foster” in Friday the 13th – the Series and has been featured in movies. She has released several club tracks that allow her to feature her natural five-octave vocal range. She will soon be returning to the big screen and has been working on her anthology along with overseeing promotion of her late husband Stan Shaffer‘s book You Should Have Been With Me.

The Pogues mix traditional Irish music with early punk and a touch of new wave to form its unique sound. With that style, thee band covered songs ranging from Ireland’s folk tunes, drinking ditties and classic rock tracks. Of all of them, their dramatic version of Ewan MacColl‘s “Dirty Old Town” was their standout remake. Whle there will never be an argument about Shane MacGowan‘s distinct voice, his interpretation of this song offers the listeners an opportunity to empathize with the emotions of the song’s main character. This is a Shane MacGowan specialty, which is especially evident in this track and others, including “Rainy Night in SoHo” and “Fairytale of New York,” the latter of which is a duet with MacColl’s daughter, Kirsty. His gravelly voice combined with the Pogues’ instrumentation re-shaped “Dirty Old Town” into a post-modern classic. The band is still touring and MacGowan has been out front in recent years on many charitable efforts, including the “!0-10-10 Concert for Kirsty” earlier this year and a charity recording of “I Put a Spell On You” to aid victims of the Haiti earthquake.