The Regeneration Tour 2008 rolled into the NYC-Metro region with a stop at Jones Beachâ€™s Nikon Theater. The crowd of â€œ80s childrenâ€ and the younger new wave fans were geared up for the classics from some of their favorite bands and were treated to some new material from a couple of them. It was a beautiful evening as the sun started to set near the calm beach waters into a clear night — perfect for a concert.

Up first was Naked Eyes, who led into â€œAlways Something There to Remind Meâ€ with Pete Byrne playing and singing an acoustic intro of the chorus and hitting the familiar keyboard part to set the tone the entire concert.

While the band was known for its synth sound and use of a Farlight CMI sampler, Byrneâ€™s electric/acoustic guitar gave the live show an added dimension. With that, Byrne was able to use the whole stage and engage audience members. Byrne employed the acoustic sound extremely well throughout the set, but most notably in Naked Eyesâ€™ second song: â€œWhen the Lights Go Outâ€ and â€œWhat In the Name of Love?â€ — which was played before going out with â€œPromises, Promises.â€ The group also gave the fans a glimpse into the future by playing a track called â€œLosing Youâ€ from their upcoming album Piccadilly, due out in 2009. Byrneâ€™s voice flowed as well as it did in the early 1980s and the band did an excellent job re-producing their sound.
Mike Score and A Flock of Seagulls were second in the order, with Score planted firmly in his familiar place behind the keyboard. Scoreâ€™s strongest point was not his hair, but his musical creativity.

Most fans of AFOS know that the bandâ€™s staple was the science fiction element in each of the songs and the sharp, staccato-ish guitar riffs; that element — special only to them — captivated the audience, from the lead song â€œModern Love is Automaticâ€ to when the crowd sang every word of â€œI Ran (So Far Away)â€ with Score. We at Revenge of the 80s are looking forward to Scoreâ€™s upcoming solo CD, and if the response to his and the bandâ€™s performance that night was any indication, so are a plethora of other fans.

ABC was next in the lineup. First, it must be noted that Martin Fry could do almost anything on a stage and it would immediately become cool. After a well-produced introduction complete with orchestral strings, the band began their set with a spectacular performance of the first single from their new album, Traffic: â€œFor the Very First Time.â€

The audience, expecting a classic tune from the band, started out a bit surprised, but the cheers after the song offered a foreshadowing of how well the new CD will do in the US after its initial success in Britain. As usual, Fry was the best-dressed person in the venue, coming out in a burnt orange vintage-style suit which might cause one to ponder whether he should change the lyrics of â€œWhen Smokey Singsâ€ to read the Motown legend Robinson as having the â€œSECOND-sharpest suits.â€ Right after â€œFor the Very First Time,â€ ABC went into nostalgic mode with â€œPoison Arrow,â€ â€œHow To Be a Millionaireâ€ and â€œTears Are not Enoughâ€ before hitting the 80s fans hard with another track from Traffic:, â€œRide,â€ which featured a heavy guitar along with the patented ABC dance-synth style. I had the honor of speaking with Martin Fry after the show and asked about the track with the unusual electric string prominence. He simply said: â€œDavid Palmer is a great guitarist.â€ There will be no argument from this radio guy. Fry and Palmer worked the stage extremely well, using the entire platform to their advantage to the point that even when they were kicking the slightly-deflated beach balls back into the crowd it looked like a perfectly-tuned part of their set. After â€œRide,â€ Fryâ€™s masterful voice continued to mesmerize the concert-goers with â€œBe Near Me,â€ â€œWhen Smokey Singsâ€ and â€œThe Look of Love.â€ It would have been tough for any artist to follow ABC that night at Jones Beach.

Belinda Carlisle was next. She came on with an interesting selection for the 80s â€œRegenerationâ€ concert: her 1991 hit â€œLive Your Life Be Free.â€

Carlisleâ€™s voice has something of a sweet strength to it that she can captivate her audience with her more mature tunes from her solo career and then sock them in the face with an old Go-Goâ€™s tune with the same energy she had with the all-girl group. Interestingly, when she did her first Go-Goâ€™s track, she did not mention the band by name, only referring to it as â€œthat band I was inâ€¦and Iâ€™m not in sometimesâ€ before going into â€œVacation.â€ Carlisle had been criticized by purists for the softer Adult-AC style she adopted throughout her solo career, and she had a bit of a sense of humor about it when introducing â€œCircle In the Sand,â€ announcing it as the one â€œheard in stores and elevators all over the country.â€ All of the women in the section I was sitting in that at the Regeneration Tour were into Belindaâ€™s music so much that one would deduce that they would not mind riding some of those elevators for long periods of time as long as her music would be playing. She mixed the later work with the Go-Goâ€™s classics very well and closed out with â€œHeaven,â€ which might have been the song that marked the true maturation of Carlisleâ€™s career.
The intermission before the Human League came on was a bit longer than the others, as the tour crew had to move several synthesizers onto the stage as well as a video display on the back wall. When it was time, the place went dark, the lights went on and the video started with Joanne Catherall and Susan Ann Sulley singing the familiar intro to â€œMirror Man.â€ Phil Oakey came out with a long black trench coat over a cool suit and sunglasses assuming the lead.

Like Martin Fry, Oakey has a stage presence that commands attention, which accounts claim is a main reason he was recruited into the band in the first place. Oakeyâ€™s movements were direct and perfectly styled with each selection, from the dance hits â€œWill I See You Againâ€ and â€œLove Actionâ€ to the pop-chart toppers â€œDonâ€™t You Want Meâ€ and â€œFascination,â€ which featured a quick outfit-change from Catherall and Sulley. When performing â€œFascination,â€ Oakey did not bring in a second male singer to cover the parts originally sung by Philip Adrian Wright; he performed both parts very well, but that might have kept the vocalist from going as deep as he used to when he sang his famous lines: â€œand then the conversation turned/when the sun went downâ€¦â€

The Human League also captivated the audience with their cult classic â€œThe Lebanonâ€ before slowing down to a smooth rendition of â€œHuman.â€

The entire Regeneration Tour concert at Jones Beach was a great success and nice mix of bands and tracks appealing to both mainstream and alternative new wave tastes.

The Regeneration Tour 2008â€™s North American dates run through August 31st. Tickets and general information on the concert series can be found on the official tour website. 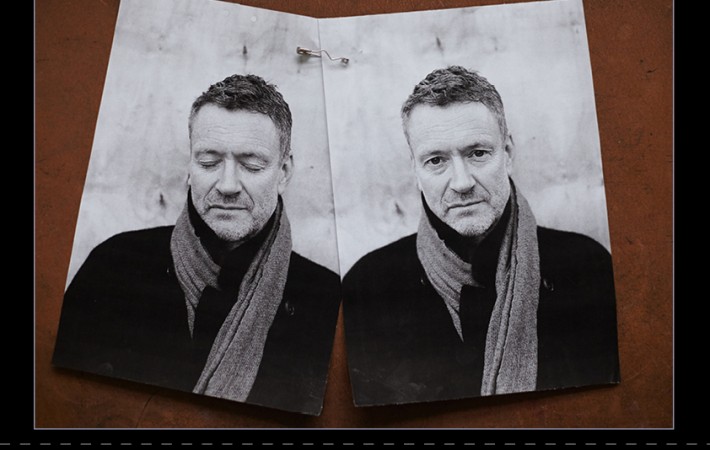