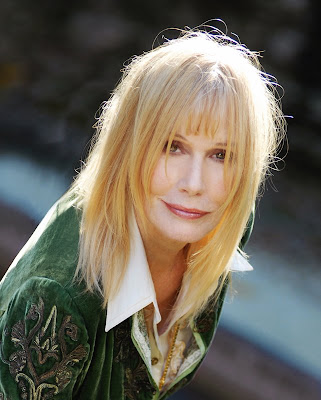 On this Friday’s Revenge of the 80s Radio, we will feature a conversation with actress Sally Kellerman, who is also an accomplished singer and has a new CD out.
Kellerman starred in such great 80s movies like “Back to School,” “Moving Violations” and “Meatballs 3.” Her first movie role came in 1957 in “Reform School Girl.” [amazonify]B001O54R40[/amazonify] She appeared in several movies and television shows until the classy actress with the famously sensual voice earned the role that would raise her to superstar status: that of Major Margaret Houlihan in the “MASH” movie. While she and director Robert Altman created the character, she turned down the offer to reprise the part on the TV series.
[amazonify]B000QQKVY8:right[/amazonify]With skills in drama, romance and comedy genres, Kellerman played a few wacky roles in the 1980s, including Rodney Dangerfield’s “Back to School” love interest, and soon became known for her wonderful voice over work in commercials and animated features.
Kellerman has always loved singing, and had a record contract at the age of 18. She also put out an album in 1970 and sang in some of her movies. Her CD, Sally, is now available and highlights her vocal range and love of jazz.

Sally Kellerman can not be stopped. She also performs with a top-notch band and offers a fun stage show when on tour. Our interview will lead off the second hour of the April 10th edition of Revenge of the 80s and feature two tracks from Sally.
Tagged as 80s back to school band CD concert guest interview jazz judge kellerman major margaret houlihan mash meatballs moving violations music pilot rodney dangerfield roll with the feeling sally sally kellerman singer star trek tour

Our Christmas Special is up