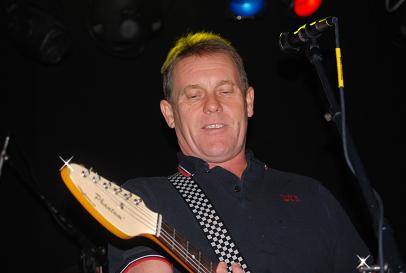 Dave Wakeling’s English Beat rolled into the Mexicali Blues Cafe in Teaneck, New Jersey on November 22nd as part of his current North American Tour. After our recent interview with Wakeling on Revenge of the 80s Radio, we took the trip to see the last of his tri-state area stops in the current concert series.

Wakeling in person is more humble about his legacy and success than the title on his website, “The King of Ska,” would indicate. My Associate Producer, Elizabeth Lynch, and I ran into him after the Beat were done rehearsing and as we were going into Mexicali for an early dinner. He took some time to chat a bit before going outside to enjoy some fresh air. 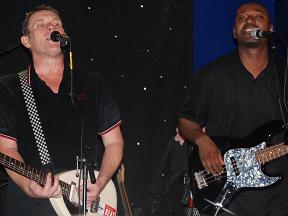 For those who have never been to the Mexicali Blues Cafe, the cuisine is a mix of Mexican and Southwestern main courses and appetizers along with much-heralded burgers and salads. The establishment attracts some big names of all genres including upcoming classic alternative artists The Radiators (12/3), Mucky Pup (12/11) and Colin Hay (4/27/10). 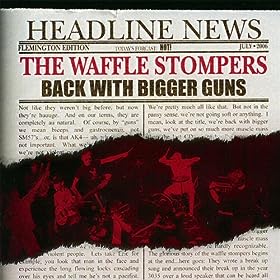 Before Wakeling and the English Beat took the stage, the audience was treated to an energetic performance by The Waffle Stompers, an old-school ska band with a stage show that may potentially draw comparisons to the likes of the Mighty, Mighty Bosstones or Fishbone. The band moved, jumped and danced to each song, the horn section of two had the full sound one might expect from four, and the bass player was just as energetic (contrary to an assertion given by Laverne and Shirley in an old episode of the show where they told an aspiring band’s bass player he should be standing and staring off into space while playing). Seriously, though, the Waffle Stompers were a look into the future of ska music as well as the past; this radio guy will not be surprised to find them as one of the nation’s most respected acts of the genre soon.

Wakeling. with his signature teardrop guitar in hand, and the Beat led off their set with “Whine & Grind/Stand Down Margaret,” as the mellow reggae beat captivated the audience — many of whom already crowded the standing area in front of the stage — Wakeling talked introduced himself, the band and went right into “Tears of a Clown.” Some thirty years after The Beat began its rise to prominence, Dave Wakeling still performs his songs with the same quality and soul. It should also be pointed out that Wakeling truly understands the art of the cover song: it should both pay sufficient homage to the original but also puts the new artists’ stamp on that track. It was during this song that a real bond between the band and the concert-goers took on a strength. 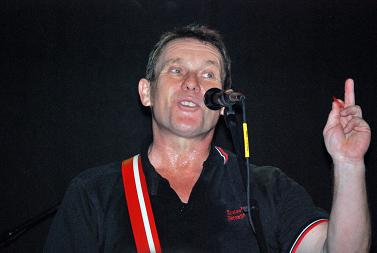 Like many great performers, Wakeling took the connection further. He had fun getting the audience involved by interacting with their requests and joking around with them. With his ability to talk “to” the people who was listening there, one might get the feeling that ir was a private party (albeit a big one), where everyone knew the performers personally. As in the past, Wakeling continues to be a master stage presence without having to wear flashy outfits, shout at the crowd or do anything overly outrageous. 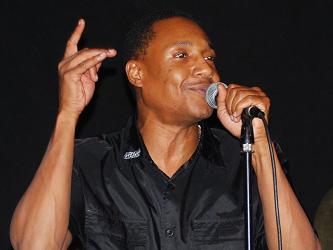 Essential to a successful English Beat show is the performance dynamic between Dave Wakeling and the band’s Toaster. After hearing Antonee First Class (or “Two Tone Tony,” as he was referred to during the show), one might wonder how long it took for Wakeling to find him. Not only is he able to rap in the required new wave/urban and reggae styles, Antonee also harmonized well with Wakeling with all the “Ranking Roger” parts. He was especially brilliant in the role of MC; Antonee played well off of Wakeling during and between the songs. He also offered up his superb rap, “I Think About the Two Tone,” to the attending fans. 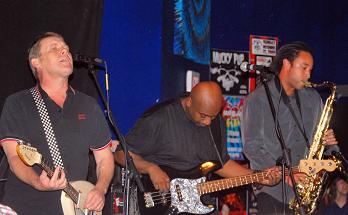 The rest of the English Beat lineup includes Wayne Lothian on bass (who was featured in the Beat’s fourth song, “Soul Salvation,” keyboardist Raynier Jacildo, Nat Love with the saxophone and Rhythmm Epkins on the skins. The band was well in sync with each other that night and payed Beat classics like “Mirror in the Bathroom,” “Save it For Later” and “I Confess” like they were in the band from the beginning. Each member has an eclectic music background ranging from hard core soul to jazz (and, of course, ska), which worked well as they reprized the unique sound of the English Beat.

One thing the show was, however, missing was a bassoon player for that part needed in “Tenderness.” One would, however, suppose that bringing in someone just to play few measures might not be considered good business sense. Still, for a song that can be considered very difficult to perform live as compared to in-studio, this Beat lineup was quite creative in bringing it to the stage. 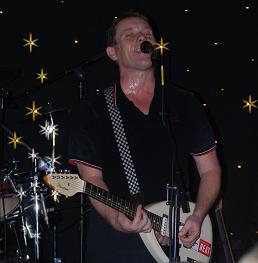 The performance was exceptional on all fronts, including the unrehearsed fun in between songs. Wakeling and the English Beat are scheduled to continue this tour into the beginning of 2010, when he says he may have some new music ready. Concert dates and information can be found on the English Beat’s official website.