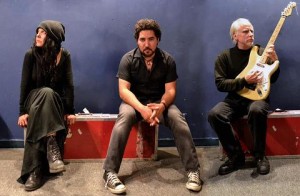 The second night of Concrete Blondeâ€™s December 2012 Eastern U.S. tour saw the band play to a crowd of fierce fans at New York Cityâ€™s Irving Plaza. As the alt-rockers were hardly conventional from their Dream 6 days onward, the same can be said for their most devoted fans and what they want to hear. Knowing this, the band eschewed conventional concert wisdom when it came to arranging their show to reflect their most hard-core fans.

The opening act, Jim Bianco, was a jovial sort in a new-punk kind of way. He was funny, interacted playfully with the audience and performed powerfully during his one-man set. Bianco proved to live up to the raves he received from Johnette Napolitano during a recent interview on Revenge of the 80s Radio.

As most 80s-era bands would tend to lead off their set with a classic song, using their new music later in the set and saving their most popular one for last, Concrete Blonde went in an entirely different direction: they started with their newest single, the somber country ballad, â€œRosalie,â€ followed it Midnight Oilâ€™s â€œBeds Are Burningâ€ (with a heavy guitar-driven sound led by James Mankey), went into the flip side of their new single, â€œI Know the Ghostâ€ and then played their biggest chart-hit, â€œJoey.â€ This showed the genius of the band, as they were well tuned into what their most devoted fans wanted to see.

For the rest of the set, Concrete Blonde mixed original music from each of heir albums with rock classics laced with their own musical flavor. Napolitano meshed her dark, hypnotic dark vocal style with classics from the likes of Talking Heads, the Rolling Stones and their own 2004 cover of â€œGhost Riders in the Sky.â€ 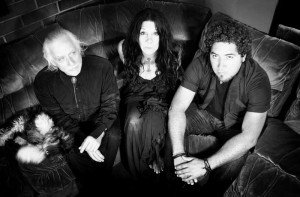 The band weaved in their most well-known tracks throughout the show, but closed out with an encore that pleased the crowd of their most dedicated fans immensely: the title track to their 1990 Bloodletting album.

Napolitanoâ€™s ability to match her voice with the character she is playing or the person about whom she is singing shines when she is on stage. She conveys sympathy as the girlfriend in â€œJoey,â€ power in â€œI Know the Ghostâ€ and â€œBloodletting,â€ comfort to the lonely cowboyâ€™s girl in â€œRosalieâ€ and somewhat snarky pessimism in the bandâ€™s cover of Leonard Cohenâ€™s â€œEverybody Knows.â€ On the axe, Mankey drove the set and its tempo as he seamlessly switched between more mellow and ultra-heavy guitar leads. His solos buzzed from the stage as a chainsaw would if there could be a chainsaw virtuoso that could also move the emotions of the people listening.

Concrete Blondeâ€™s single, â€œRosalieâ€ b/w â€œI Know the Ghostâ€ is available for download at Amazon. The rest of the groupâ€™s tour dates are on their official website.